The Bonny Men’s official music for ‘Jenny’s Welcome to Charlie’, about the torment of the creative process. Visceral movement, animal imagery and wild traditional music collide producing a piece that creeps and crawls its way under the skin.Choreography by Sibéal Davitt.

Surrender Navigation deconstructs what makes us want to dance. The dancers’ controlled and carefully choreographed movements become an extension of the music until individual voices emerge.

‘Hear This Dance’ is a collaborative project which asks how technological intervention can shape the relationship between traditional forms of Music and Dance.

How does technological intervention change the relationship between musician and dancer in a traditional context? Can technology function as performer, instrument or tool?

Sibéal co-choreographed ‘Walk, Run, Dance’ with Olwyn Lyons for CoisCéim Dance Theatre’s youth dance company, ‘Creative Steps’, of which she was a member for five years while studying for her undergraduate degree at Trinity College Dublin.

In 2018 she continued her work with Creative Steps for a second year and co-choreographed ‘C O U N T E R | C U L T U R E’ with Olwyn Lyons.

As We Know It

In a whirl of hypnotic sound loops and rhythmic patterns, a ‘sean-nós’ dancer and traditional Irish step dancer pose a burning question – ‘What is Irish dance’?
Do you know what Irish dance is?

Showings
Sibéal and Kristyn performed work in progress showings of ‘As We Know It’ at Dance Research Forum of Ireland 2016 in NYC and at Tanzmesse 2016 in Dusseldorf, Germany.

In 2017 they performed at ‘First Looks’ as part of Dublin Dance Festival 2017, ‘Un Question De Dance’ at KLAP, Marseille and at ‘Tradition and Beyond’ a double bill with This Is How We Fly at Echo Echo Festival of Dance and Movement, Derry. 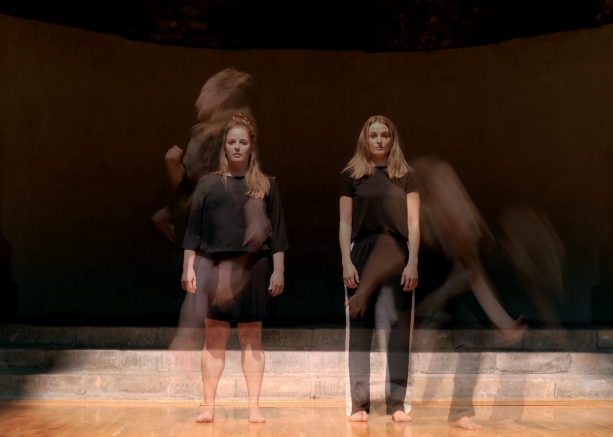 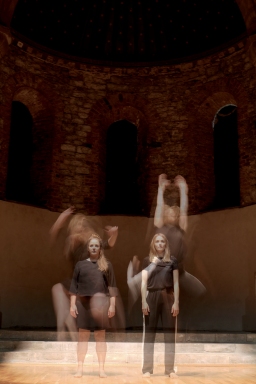 Sibéal and Kristyn Fontanella worked with world-renowned performer Colin Dunne over the course of two weeks to develop new work which explores traditional Irish dance from the perspective of a ‘sean-nós’ and traditional Irish step dancer.

Having undertaken an MA in Contemporary Dance at University of Limerick in 2014, Kristyn and Sibéal felt compelled to collaborate and create new movement together with the close mentorship of Colin Dunne who also graduated from the MA course a number of years ago.

‘As We Know It’ (above) is a product of this work.

Here are some links to my previous work-

If Jack is late for school one more time.. he will be EXPELLED!

‘School Rush’ was featured as part of Light Moves Festival of Screendance 2014 in Limerick.